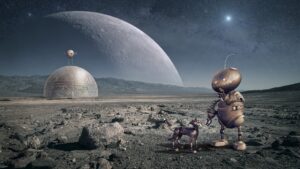 The year was 1938. A dramatic adaptation of 1897novel ‘The War of the Worlds’ by HG Wells sent listeners into a panic. In 1982, ‘E.T. The Extra-Terrestrial’ was released, collecting over $700 million in box-office. ‘Alien’, ‘Star Wars’, ‘Star Trek’ – we are obsessed with contact with beings from other worlds in popular science fiction books and movies. And yet why have we not met any ETs till now? Keeping aside the conspiracy theories – the governments are hiding this from the public, aliens are already among us hidden from sight – there are some very practical, scientific reasons. I have also thrown into the mix a few reasons which may seem to be a little far-fetched. To be sure, we will be looking at intelligent life in this article not microbes or the building blocks of life like proteins.

Possible reason one, ETs are just too far away. Space is vast. The observable universe is roughly 40 billion light years in all directions from us. The space probe Voyager 1, launched in 1977, has only travelled 22 billion kilometres in 42 years. The nearest star to Earth, Proxima Centauri is 4.2 light years away. It will take Voyager 1 thousands of years to reach Proxima at its current speed. The point is, even if ETs somehow manage to locate Earth from Proxima (assuming life exists there), a signal sent from there will take 4.2 years to reach us at the speed of light. Not to mention, physical travel without violating the laws of physics is impossible (but that’s another discussion altogether). Hence, unless someone somewhere has broken the laws of physics and invented some means to travel at the speed of light, it is unlikely we will be saying ‘Live Long and Prosper’ any time soon.

Possible reason 2: there are very very few planets harbouring life in our galaxy. Drake’s equation set down in 1961 shares some of the parameters which collectively based on the requirements for intelligent life to thrive – formation of stars, existence of planets capable of harbouring life, development of intelligent life etc. At the lower end of the equation, we might be the only civilization in the entire Milky-way galaxy! That may only be maths, but sets you thinking, no?

Possible reason 3: The conditions were perfect to harbour life only on Earth – a mix of physical, chemical, biological and geological elements. If we had been just a little bit closer to the sun, all water would have boiled away, and no life would have survived. A little further and Earth would be too cold to sustain life. We, folks, are in the Goldilocks zone’ everything is just perfect for intelligent life to evolve. Not to mention, a passing meteor conveniently caused mass extinction of dinosaurs thus allowing mammals to take over. Talk about luck.

Possible reason 4: We are just missing all the signals the aliens are sending us. This is how this works: suppose a civilization in the Bernard’s star system (6 light years away) sends a signal in our general direction. But we can only receive that signal if Earth is at an exact intercept position both in space and time. Even if there are multiple signals directed towards us, we might just be in the wrong place at the wrong time (see point 1 – space is vast)! Think about waiting for someone at a street corner, even if you have provided exact coordinates and time, how many times have you waited for them to turn up, even when the location is stationary.

Possible reason 5: We missed out on other civilizations as they fell to ruin before humans rose or they will come long after our demise. The universe is 13.8 billions years old, our solar system 4.6 billion years old and the earliest humans arose on 100000 years ago. Industrialisation took place only 200 years ago. In cosmological terms, humans have been able to search for alien life for an infinitesimal time. We are exceptionally young. Maybe older extremely advanced civilisations rose a million years ago and died out or maybe humans will die out and a new civilisation will rise somewhere else in the galaxy and start wondering if they are alone in the universe.

There you go. Disappointing, right? And yet, these are just probabilities. As a science fiction writer, I thrive on such possibilities, building stories and whole worlds in my imagination.

And so should you! 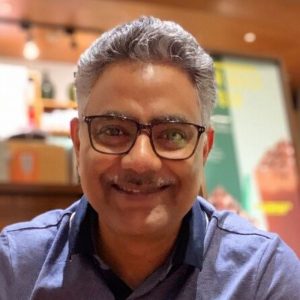 I’m Kumar, writer of science fiction, fantasy and mystery books. I love writing and bringing different genres of stories to my readers. A little bit of science, a bit of mystery, some horror and a lot of fiction awaits you among the pages of my books. Come join the journey!

I’m Kumar, writer of science fiction, fantasy and mystery books. I love writing and bringing different genres of stories to my readers. A little bit of science, a bit of mystery, some horror and a lot of fiction awaits you among the pages of my books. Come join the journey! 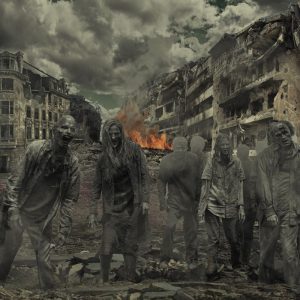 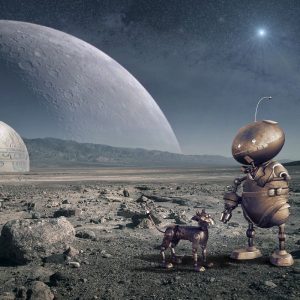 We hate spam and never share your email with anyone.